The highly anticipated Apple event unveiled its new Studio Display which takes the form of a 27-inch 5K Retina to display equipped with a 12-megapixel Ultra Wide web camera with a 122° field of view and Apple’s Centre Stage streaming tech.

The other prominent features of the display include a 5K resolution of 5120 x 2880 pixels at 218 pixels per inch, 600 nits brightness, support for 1 billion colors, and True Tone technology. The display is also available with Nano-texture glass and features a six-speaker hi-fidelity audio system with force-canceling woofers, Spatial Audio when playing music or video with Dolby Atmos, and the three microphone array to provide “studio quality” high signal-to-noise ratio and directional beamforming audio.

Apple presents 3 different stand configurations providing a Tilt-adjustable stand ( −5° to +25°) as standard in the $1,599 price. As well as a Tilt- and height-adjustable stand offering a maximum height adjustment of 105 mm for $1,999. Apple also offers a VESA mount adapter version priced at $1,599 and the monitor can be used in both portrait and landscape orientations.

How To Fix and iPhone Black Screen 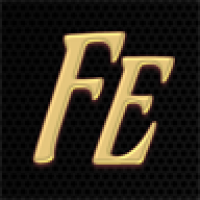