Microsoft and Sony are releasing next-generation consoles, but there was also a lot of games with great hype behind them.

Cyberpunk 2077 developer CD Projekt Red has worked really hard. The game was announced in 2012, with a cryptic teaser trailer following in early 2013. It was at E3 five years later, in 2018, that we would next peek at the game. In between, The Witcher 3 became a blockbuster smash that dramatically raised the studio’s prestige — and enthusiasm for Cyberpunk with it.

Cyberpunk 2077 was first set to launch on April 16 but was pushed back to September 17. At the time, CD Projekt Red said the game was finished and everything polished, but it needed more time to polish what it expected would be its “crowning achievement for this generation.”

That same reasoning was behind yet one more delay, announced earlier this week. Cyberpunk 2077’s new, hopefully, final release date is November 19, but time will tell.

Night City buzzes with the ominous luminescence of a city that is a dream for some but a bad dream for most. It also has what looks to be a comprehensive history, highlighted by wars (The 4th Corporate War, the Unification War), technological progress, and even schools of art and architecture. It’s broken into six parts, each with its own character and culture. The city is divided between seven gangs and three megacorporations, which each exercise power in their own weird ways.

There’s gunplay in the game, which looks really satisfying than many RPG-action games. But there’s also a hacking element, where you’ll override tech — such as cameras, speakers and at times weapons, to distract — confuse and kill opponents. Plus, there’s a separate component of stealth. You can tag enemies to see them through walls, sneak up, disable and dispose of them in nearby dumpsters. And there’s an awesome system for melee combat, too, which also includes weapons like katanas. 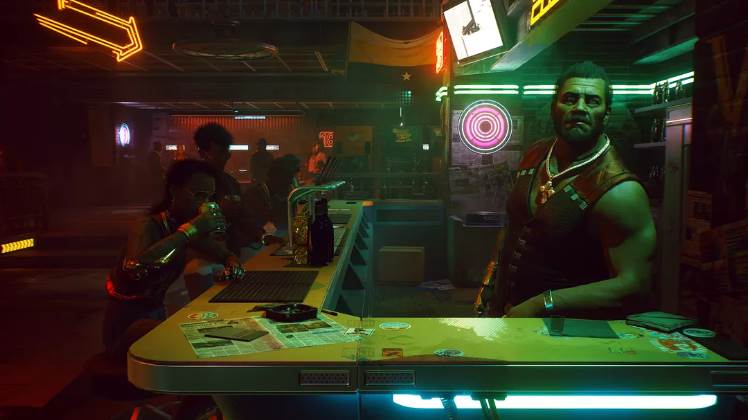 Combat elements have their own skill trees (Body, Intelligence, Reflex, Technical Ability and, my favorite, Cool, which focuses on stealth and critical hits) where you’ll unlock new levels through gaining experience. And such skill trees are vast.

The battle works like an enhanced version of the Batman: Arkham games, where you’re given a room packed of opponents and the liberty to decide how, or if, you’ll stack up the bodies. Cyberpunk adds the extra layers of hacking in extension and separate gunplay and melee combat methods.