Director Matt Reeves starts production this month and some exciting new details have surfaced about what Robert Pattinson’s Batsuit might look like in the upcoming Batman movie.

It was previously revealed that the colors of Pattinson’s suit would be blue and grey, and now, former Variety reporter Kris Tapley said in a tweet, which has been deleted now, that teased the possible style of the new Batsuit. Apparently the suit will follow artist Lee Bermejo’s Batman design. I am sure it will look nice and it is quite different from what we have been told.

The design looks solid and has more of a tactical cargo look to it. Lots of mesh additions and buckles fastening things together. It’s a badass look, and Batman-News featured some fan art that Bermejo previously shared of Pattinson in his variant of the suit. 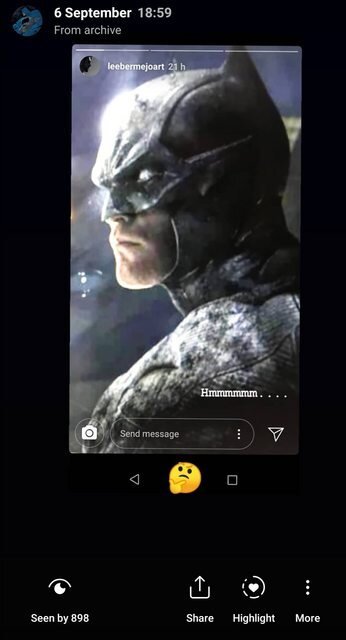 Nothing has been confirmed so far, it is all speculation and this new piece of news is just based on a now-deleted tweet, so we can take it with a grain of salt. But, we’ll ultimately see what Matt Reeves and his team got in mind for the look of the suit. With production starting soon, maybe they’ll show us the suit soon before set photos start coming out from every news source.

Check Out How $21,000 First Class Plane Seat looks Like

That Many Chrome Tabs You Can Open With...

Guy Flats Out After Learning The Value of...

Technologists in the 80s Predicting the Home of...

Everything You Need To Know About Apple iOS...