It is using the power of Raspberry Pi Zero mini PC together with a few 3D printed casing components earlier this year Thingiverse member “Nochii” explained his Mini SNES Pi Zero Nano pocket gaming console. packed with a 800 mAh battery and using a 1.54 inch LCD HAT for a display, speaker, amplifier and charging portal most of which was taken from Aliexpress the components have been linked to create an amazing small pocket console.

Constructing the system is reasonably straightforward and can be achieved by simply following the build photographs kindly uploaded to the Thingiverse website by Nochii. The little display HAT which gives the main components for the build is priced at just under $8 and features a display allowing a 240 x 240 resolution complete with tiny joystick and buttons. 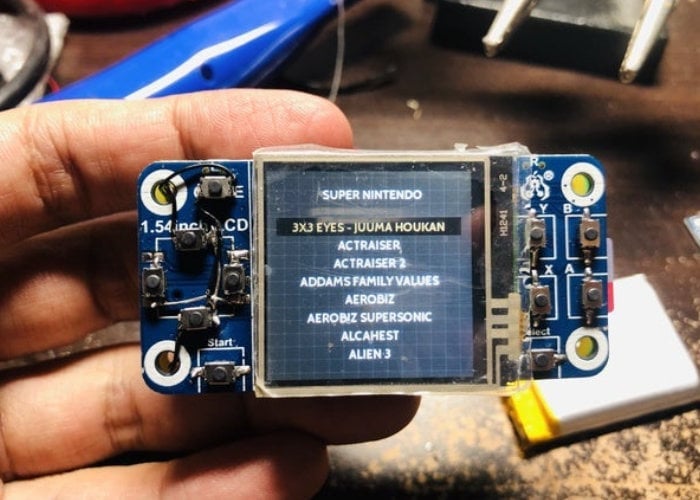